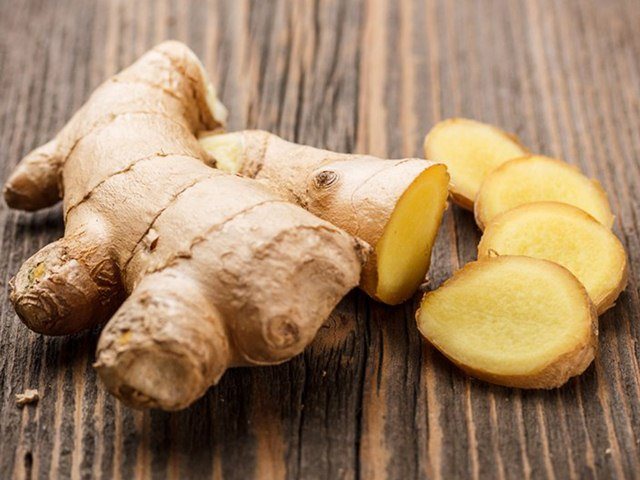 Ginger, though with an irregular shape, is reputable for its many benefits, especially as it relates to skin beauty. In fact, it has been regarded by dermatologists as the ultimate rejuvenator. A significant number of commercial skin products contain ginger juice due to the wide range of benefits to the skin. Usually, ginger is applied topically for all forms of skin treatments. Some of its skin benefits include the following.

One of the easily noticed effects of the aging process is the formation of wrinkles. According to research, ginger contains a minimum of 40 antioxidants that help to combat indicative signs of aging. It helps to break down the collagen that contributes to a youthful appearance. Daily consumption of ginger tea can help eliminate wrinkles usually associated with the aging process.

Ginger contains powerful antiseptic and cleansing properties that help slow down the rate of acne formation and discharge by eliminating and clearing acne-causing bacteria. The antiseptic property also helps to keep levels of natural yeast and bacteria that trigger dandruff, low. This makes the skin clean, fresh, and free of blemishes, while also invigorating and stimulating it.

White scars occur when the skin loses its pigmentation, and this makes your skin look patchy. The antioxidant properties present in ginger can help minimize the appearance of white scars as well as make the skin look radiant. All you need to do is cut a small piece of ginger and place it on the hypopigmented areas for a minimum of 15 minutes. For noticeable results, use consistently for a week or two.

New work published in the International Journal of Molecular Science demonstrates how zerumbone, a sesquiterpene found in the tropical ginger Zingiber officinale Roscoe, reduces melanin accumulation. While this active also has shown anti-inflammatory, anti-allergic, antimicrobial and anti-cancer properties, it had not been previously studied for anti-melanogenic effects. The results suggested that zerumbone, as well as Zingiber officinale Roscoe extract in general, could serve as an active ingredient in skin-whitening cosmetics.

Taking antioxidant activity a step further, a study published in Biochemical Pharmacology highlighted the sun-protection activity specific to ginger’s zerumbone content.  Zerumbone, a sesquiterpene found in ginger, was found in vitro to be capable of protecting against UVA-irradiated damage, including photo-aging and skin cancer, by inducing Nrf2.
Furthermore, UVA-induced excessive ROS production, DNA single-strand breaks, apoptotic DNA fragmentation and more were reversed by the application of zerumbone to keratino­cytes, suggesting zerumbone could be used to treat or prevent UVA-induced skin damage and photoaging.
Also focused on anti-aging effects, one patent application described extracts of ginger root as demonstrating both antioxidant and anti-aging benefits, specifically for the improvement of wrinkles by inhibiting elastase activity.

Applying a ginger tincture, juice and/ or extract to the hair and scalp is a well-known practice to enhance microcir­culation and prevent hair loss or stimulate hair growth.
Furthermore, in the Journal of Pure and Applied Microbiology, it helps move body fluids by stimulating blood circulation throughout the body via a powerful stimulatory effect on the heart muscle, as well as by diluting the blood. This improved circulation is believed to increase cellular metabolic activity for numerous body functions, including those carried out by the skin.

Ginger contains toning properties that contribute to soft, radiant, and healthy skin. Mixing the juice with a little quantity of honey and lemon juice and applying it on the face as a mask will help soften the skin as well as slow down the aging process. Rinse your face with cool water after 30 minutes of application.

According to an article featured in the Journal of Young Pharmacists, gingerol, shogaol and paradols isolated from Zingiber officinale show antioxidant and anti-inflammatory activities. In fact, this study demonstrated that nano-encapsulated ingestible red ginger imparted anti-cellulite effects due to its ability to inhibit reactive oxygen species (ROS). Previous researchers identified that red ginger acts by decreasing lipid peroxidation through the activation of superoxide dismutase, catalase and glutathione peroxidase in a manner comparable to vitamin C.
In relation, a recent patent application describes a combination of Zingiber officinale and bisabolol to synergis­tically reduce skin irritation, inflammation, heat/ discomfort and redness. The compounds are reported to reduce inflammatory mediators including interleukins and prostagl­andins.

The detoxifying and invigorating qualities present in ginger helps to reduce cellulite, a dimpled-looking skin that usually occurs when fatty tissue pushes up against connective tissue. It is most common among women. Ginger helps to reduce toxins in your body, thus getting rid of excess stored fat and, consequently, lessening the appearance of cellulite.

In other words, ingesting ginger and applying it topically have the benefits of slowing down the aging process, preventing free radical damage, and contributing to overall skin health.

previousHow Inflammation Can Impair The Healing Process of Tissues