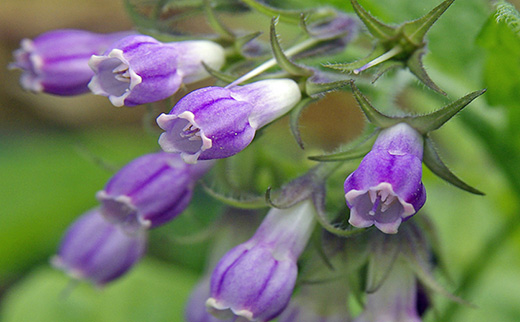 Hypopigmentation is a condition that describes an abject absence of the ideal amounts of melanin (the chemical that gives color to the human skin). It is usually caused by a wide array of factors, ranging from disease and suffered injury to accidents, burns and any other trauma that the skin suffers.

The treatment of hypopigmentation can sometimes prove to be very tricky. There have been topical treatments developed that are capable of helping with the condition as well as light-based solutions such as IPL, excimer lasers, and the Fraxel Restore laser, all of which can also be used.

As stated earlier, the skin gets its color from the presence and action of melanin. The skin bells that produce melanin are known as melanocytes and when these cells experience a reduction in their production, hypopigmentation is the condition that results. In certain parts of the world, hypopigmentation is also known as skin depigmentation.

The most common and prevalent cause of hypopigmentation occurs when the patient suffers some sort of damage or trauma to their skin. Injuries such as burns, infections, pimples, blisters and scrapes (all of which are injuries that result in or involve scarring) can also lead to the discoloration of the skin (and as a result, hypopigmentation)

Hypopigmentation can also be caused by the use of improperly administered skin resurfacing treatments, such as Photofacials (IPL), laser peels, or chemical peels. When used or administered wrongly, these treatments can cause the skin to lose its color as well (or any other skin damage that causes hypopigmentation).

THE APPLICATION OF ALLANTOIN

Allantoin is an active and highly effective moisturizing ingredient that can be found at the root of the Comfrey herb. Over the years, it has been found to possess certain therapeutic action that remotes the healing and development of the skin. Allantoin is used heavily due to the fact that it is safe and anti-irritant. However, it has also been known to stimulate the production and synthesis of melanin, therefore making it a perfect treatment method for hypopigmentation.

OTHER BENEFITS OF ALLANTOIN

There has been quite a lot of research that has gone into finding the general benefits of the compounds found in allantoin.

A few of them are:

Hydrating: Alantoin helps to increase the level of water in the skin and this makes it a perfect treatment for dry and scaly skin.

Desquamating: It also encourages the natural exfoliation in the stratum corneum (the skin’s outermost layer)

Repairing: Allantoin is famous around the world for its natural ability to enhance the proliferation of the cell, thereby encouraging the growth of new and fresh tissue.

Allantoin has also been known to heal wounds effectively and research has shown that it can clear away necrotic tissue, paving the way for the development of new and healthy tissue.

Healing: Allantoin is an active skin protector and it also bolsters the healing process of the skin. This quality makes it a perfect treatment for skin injuries, scars and irritations.

Relieves dryness: Allantoin enhances the regeneration of the skin by combating skin dryness and fixing an impaired barrier. By doing this, Allantoin has he ability to help soft and sensitive skin to become tougher and more resistant to injuries.

Protecting: As an ingredient, not only does Allantoin soften the skin, it also proves skin that is gapped and damaged by excessive exposure to rays of the sun. Studies have also shown that it is capable of protecting the skin from cell damaged induced by the sun’s dangerous ultraviolet rays.

Soothing: Allantoin is considered as a highly effective  anti-irritant, as it has the ability to calm and soothe inflamed skin. This is one of the reasons why it is used extensively in  baby products.

Free Radical Activity: When allied topically, Allantoin helps to greatly reduce the activity of free radicals on the skin.

Keratolytic action: In order to effectively perform its protective and regulatory functions, the epidermis (the outer layer of skin) produces an incredibly large amount of proteins and oils (known as lipids) that are naturally found in the stratum corneum.

This production process is known as keratinisation and it this process experiences a shift out of balance, the epidermis produces more keratin than usual (and more than which is needed) and as such, the structure of the barrier function is changed.

To treat this, Allantoin is effective in that it is able to interact with the keratin in the skin in order to thin out a thick and abnormal stratum corneum. This is usually why interaction with Allatoin usually leaves.the skin looking smooth and fine.

nextEating Healthy Is for the Whole Family